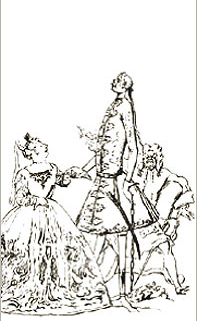 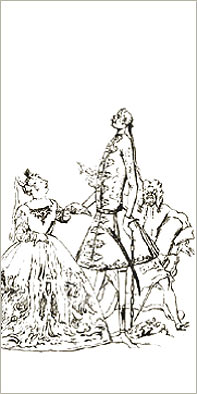 Palladium patients characteristically suffer from tremendous emotional insecurity with very strong emotions that cannot be expressed. Thus in this way a blockade is created, a deep inner conflict, which needs constant support on the part of those around and especially those with whom they are intimately connected. All this is coupled with a tremendous unexpressed egoism.

They have a constant belief that they are worth more than the others think about them. No matter how much praise they may get, it is never enough. They have an insatiable hunger for flattery, not only for praise but really for flattery. It is im- pressive how much they crave it and how little they openly admit this and ask for it.

When sitting in the company of many people, if nobody pays attention to them for some time, they have a strong sense that they are being neglected. On the contrary if they feel that they are appreciated they keep very alive and excitable during their contact with the others, and they spend so much emotional energy that when they go back home and are alone again they feel exhausted.
Actually this feeling for the need for support and the good opinion of others follows them all the time This can become a source of real everyday suffering. You can praise these patients to the skyes and make them very happy; they thrive on praise, even if what you say about them is an outright lie or an exaggerated statement. They need to be loved and admired to a pathological degree. The opinion of others is so important that their balance and equanimity depends on it.

If they do not have such treatment they feel that their pride has been wounded, they feel that they are ignored and neglected, they may even have delusions of being neglected.
If somebody should criticize them even slightly, instead of praising them, they go to pieces. They are tremendously insulted, their inner pride is shattered, and their paranoia about it can go as far as having real delusions that everybody wants to insult them.
This remedy is similar to Platina insofar as they have an exaggerated sense of greatness, which will never be openly admitted. This is why we see delusions of growing larger or taller than they actually are. Here, however, there is a difference from Platina, who feels taller than others.
There is haughtiness, but this exaggerated sense of self importance stays inside, unexpressed, it is a feeling that is not confessed in any way, and this is different from Platina who tends to declare to everyone and in many different ways how important and great she is.

The Palladium patient exhibits no open confrontation with others. On the contrary he avoids it like the plague, and will not show his inner, almost subconscious selfimportance to outsiders. These individuals tend to be rather quiet and timid with a strong lack of self-confidence, and may pass unnoticed in a social gathering, but still they want praise and flattery.
A Palladium child will do well at school if praised every day by the parents and teachers, but will do very badly if he is criticised at all. If the parents are not aware of what they must do, the child enters a state of total inadequacy, becoming lazy and uninterested in making any effort.
Children with a less than average intelligence believe that they are very good and intelligent, even when the marks they get at school are mediocre, or worse. It is this state of false greatness that prepares them to feel wounded at the least provocation.

This general idea of being "bigger" or "greater" than they really are, which is felt internally but is not expressed to the outside world, eventually leads the organism to produce huge tumors, especially on the sexual organs and more especially the ovaries. These are the affected areas that produce disease according to the idea symbolised by the medicine.

Here it must be said that in order to recognise or to discover the symbolic ideas expressed by the medicines one should be very careful, as such a task requires a lot of experience, and a mind that is at once analytical and synthetic, in order to take the facts, analyse them and then synthesise them into a coherent idea.

I hear a lot lately about the "essence" of the remedy. One student asked me in the interval of a seminar "please give me the essence" of the carbons in one word! These are dangeous things to play with as they give false ideas to the uninitiated student and also make it sound as if the finding of a remedy could be an oversimplified process.

Palladium is one of the main remedies that we must think of when we see huge tumors developing in the sexual organs, especially of the female, or in the ovaries. The frustration is usually there in this area, as the sexual drive is usually high and sex is connected very much with the need to be accepted. Palladium has an excessive sexual appetite, is excited by obscene words during sexual intercourse, and in general even the child likes swear words that have a rude sexual connotation. If they get offended or irritated they can become violent in their reactions and expressions and then they use offensive language.

Palladium, due to its internal conflict, (the need for affection, and the pride that does not allow them to ask for it), eventually brings about a convulsed state, which can produce convulsive movements, first of the face, and eventually of the whole body.
It is a wonderful remedy for Gilles de la Tourrette’s syndrome. The child appears practically normal while at school or in a social function, where the opinion of others matters very much, but when he goes back home the nervous system lets loose and the patient goes into spasms. He twitches and makes all kinds of grimaces, emitting short frightening sounds while the whole organism seems to be in a turmoil. Yet the next day at school they keep perfect control of their nervous system and nobody can imagine what they are suffering from; but there is this anomalous energy that amasses and adds up constantly and which needs to be detonated soon.

When the nervous system of Palladium is affected it appears to be in a constant state of stress and turmoil. This remedy, Cuprum, Stramonium and Hyoscyamus, are the principal remedies in this syndrome.
Chorea and all kinds of spasmodic conditions are covered by the pathogenesis of this remedy.

1.   Headache across the head from ear to ear
2.   Huge tumors of the right ovary
3.   Glairy mucous discharges
4.   Pain relieved by pressure
5.   As if the uterus would prolapse
6.   As if something is hanging from the throat